Albion Woods have a background in the British circus industry and we began making our first tents in the 1980’s.  We now focus solely on making large’ Show Tents’ and ‘Big Tops’ .

First attested in English 14th century, the word circus derives from Latin circus, which is the romanization of the Greek κίρκος(kirkos), meaning “circle” or “ring”. The origin of the modern circus has been attributed to Philip Astley, a cavalry officer from England who set up the first modern amphitheatre for the display of horse riding tricks in Lambeth, London on 4 April 1768. More info on Wikipedia 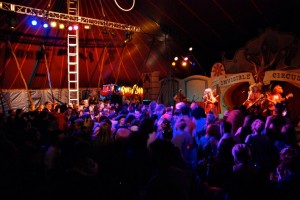 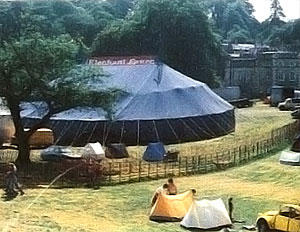 Albion Woods Tent at the Elephant Fayre, St Germans , Cornwall – 1980’s
Albion Woods Circus had been providing tents and canopies for its own and other shows for a number of years, but this fine tent marks the beginning of Albion Wood’s serious entry into the tenting business. Constructed entirely in their own workshops this tent made its first outing at the Elephant Fayre, an annual festival that used to run at the Port Eliot estate in Cornwall.

Back To The Future
Albion Woods Tent at the Port Eliot Festival , St Germans , Cornwall – 2012

And here we are at the Elephant Fayre (now Port Eliot Festival) in the exact same spot! 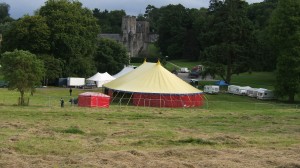 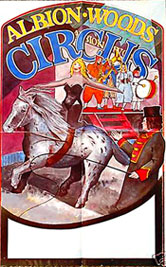 Albion Woods Circus poster – 1980’s
Before Albion Woods focused completely on tents they were a touring circus (among other things). This photo shows Michael Hirst as ringmaster, while Hazel Hirst cheekily appears twice in the picture. Once on Horseback and again in the band in the background. 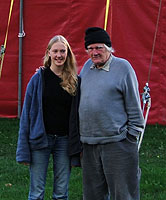 Michael Hirst 15th July 1933 – 11th March 2008
Sadly, the founder and visionary behind Albion Woods lost his fight with cancer early in 2008. Michael is survived by his partner, Hazel and his sons and daughters. Michael was a unique and irreplaceable character. He will be missed by all that knew or worked with him. Albion Woods is to continue operating to the same work ethos as it did with Michael at the helm under the management of Hazel Hirst.

Michael with his daughter Hula at Shrewsbury in 2006 standing in front of a 30m x 66m Goalpost tent. 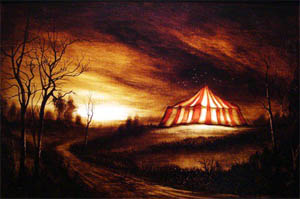 From the Albion Woods collection
This charming painting captures the magic of just being a tent.

Albion Woods are all about Tents. Big Top Tents. We make them and install them. View the Tents pages for more detailed information. 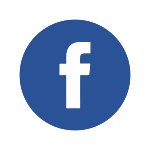